5 things Americans will learn in Thailand

The words ‘culture shock’ only partially describe what you will experience when first traveling to Thailand. Thai culture and American culture are very different in many ways. Though we have our similarities, it would be a far stretch to say that we aren’t so different. 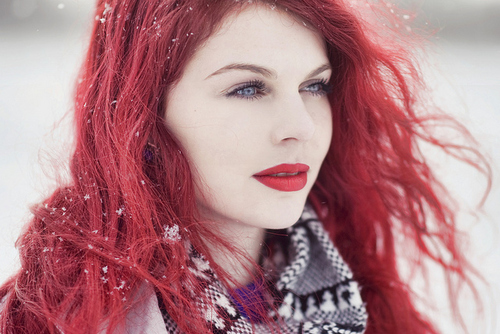 This one was really weird at first. You’d think that Thai people would know their skin tone is the envy of the west but no. Most Thai people chase after pale white skin. I’ve heard many different stories about this. One person told me that the color of your skin reflects the type of person you were in your past life. If you were born with dark skin it means you were bad in your past life and if you have white skin it means you were good(Gotta love the logic). Another one I heard is the Thai’s obsession with countries like Korea and Japan. These countries have been long known to have a big influence on what Thai people base their definition of beauty. It’s wierd as an American to see people buying skin whitening lotions in the hope that they will become a little closer to their idea of “perfection”.

I  use worked with a cool guy from the states.He was what we would classify as a nerd. He was a young skinny, pale , squeaky voiced dude. He loved to play computer games you probably never heard of and his diet consisted of candy and candy. Well, the girls loved him! He was a superstar over here. One night we went out to a Thai pub and I kid you not a girl came up to him, dropped on her knees and hugged his leg. Never seen her before, didn’t say a word to her. Just out of nowhere she came up and humbled herself to him. I mean dude could of been a serial killer child murderer but that didn’t matter, his skin was so white!(Just for the record he was a good guy)

Just be careful if something similar happened to you. His story didn’t end so well. He eventually started to date a Thai girl and she was so obsessed with him that she lied to him about taking birth control and …. yeah. You can assume the rest.

2. Braces are a fashion statement You ever see a 50 year old lady with braces? I have and to be honest it’s pretty damn weird. I guess it’s never too late to get get braces. In america we usually like to associate braces with young people. We’d like to think there is a point of no return with braces. Meaning that when you reach a certain age the idea of fixing your teeth isn’t all that important, unless of course, your  trying to get a job where your appearance will greatly affect your chances of being hired.

I have students who have perfect teeth but still get braces. I had a student during my first year who cried because her parents wouldn’t get her braces. The main reason being that she didn’t need them. The good ole Thai orthodontist here aren’t much help at all either. It’s not like their going to tell you to save your money and not buy braces. After all this is their livelihood. Besides, we are in an age where we love to buy what we don’t really need, always wanting what the next person has. Basically don’t be surprised when you see old people with braces.

When I first ordered a beer at a restaurant I remember the waitress bringing over a large bottle of Leo, a glass cup and a bucket of ice. I honestly assumed the bucket of ice was there for me to put my beer in it because it was so hot or maybe the beer was warm so I could just let it sit in there! My eyebrows raised when she pulled out the tongs and started putting ice in my cup followed by adding beer. I thought,”What the heck, when in Rome eh?”.

What’s really interesting is how they never let your glass go empty. Right before I’m about to finish my beer the waitress quickly comes back adding more ice and more beer to my glass. I enjoyed it most times but sometimes I just want to drink at my own pace and fill my own glass when I’m ready, ya know?  I’ve had times where I only get half way into my cup and some guy is trying to take my cup away to fill back to the top. It’s too easy to lose track of how much you drank that way.

4. Too many cars, not enough road

The way I see it. I think Thailand almost has a profound love with being in tight compact areas.Maybe they might see it as efficient(idk). A lot of main roads are 3 lanes max and there are way too many cars. Whether it’s the morning,lunch-time or  the afternoon there is a heap of traffic. Slow, stagnant, non-flowing traffic! A simple 30 minute journey can take hours depending on when you choose to embark.

It’s important to plan ahead… far ahead. Depending on how you travel will affect how you feel about this. If your in a bus or a van then you probably would prefer to just beat the traffic and get to your destination early. If you have a super comfortable car you might not mind being frozen in traffic so much. The Thai people are very indirect. In American culture we rely on direct verbal communication.In the Thai culture, they use a lot of non-verbal cues, like smiling at someone. Smiling can have more power in certain situations. It can ease the tension in a situation and gesture kindness or acceptance.

The concept of saving face in Thai culture is very unique as well. You can’t be so open to directly criticizing a person as it is looked down upon. Even if they are dead wrong you have to calmly and carefully approach the situation. Thai people tend to be non-confrontational and keep anger in, pent up, just waiting for that one moment to push them over the edge. This is why it is wise to never piss off a Thai person. There is no such thing as a fair fight in Thailand. When you fight one Thai, you fight them all.

On the flip side, American culture is pretty much the opposite.

Open and direct criticism is seen as helpful and often used. Also, the concept of saving face is not considered important(swallow your pride and leave your ego at the front door!). If you got a problem with someone then you settle it with that person. If you have to fight then you fight man to man. I still think Thai people are very friendly people and super easy to get a long with. This is just a fun little post to give insight into Thai life.